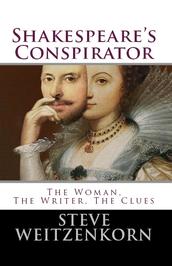 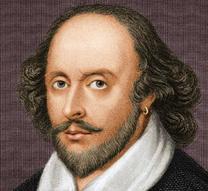 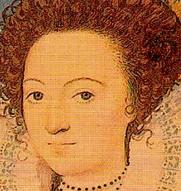 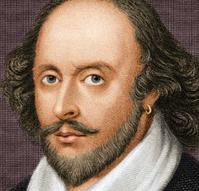 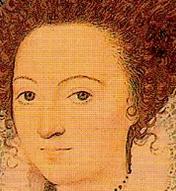 1. The premise of the novel, based on circumstantial evidence, is that Emilia Bassano Lanyer was a Jewish woman of color. Do you believe this is an accurate depiction? What factors support this characterization?

2. In Chapter 9, Emilia takes a walk and ponders Will’s idea for a pact in which her scripts are submitted under his name. She asks herself if she would be giving up on the woman she wanted to be, along with her beliefs and dreams, or accommodating reality. Do you think she made the wisest choice? Do you think she give up on herself? Why or why not? Was her sacrifice worth it? Do you think it inspired her in other ways?

3. Emilia debated with herself and sought the opinions of Lady Susan and Enid over whether she should become Lord Hunsdon's mistress. Do you think she made the best decision?

4. Emilia had a turbulent relationship with Christopher Marlowe. Did she do the right thing in trying to protect herself and Shakespeare from his extortion? Should she have handled it differently? How do you think it affected the rest of her life and her way of seeing the world?

5. Do you think the author's thesis about who wrote various Shakespearean plays, as reflected in the storyline, is plausible? Why or why not? What evidence or premises would you dispute, if any?

6. Emilia agonized over writing The Merchant of Venice and tried to mitigate some of the anti-Jewish themes inherent in the plot. How successful was she? Did she go far enough with Shylock's speeches? What might she have done differently?

7. Shakespeare seems to long for Emilia but draws the line at giving her credit for her scripts or acknowledging her in another way. Do you think he was conflicted? Was he exploiting her? Should she have acted differently toward him?

8. Emilia felt compelled to compose scripts but angry at the injustice of being denied credit. Why do you think she continued? Did she have a greater purpose than earning meager royalties?

9. Dekker is suspicious of Shakespeare's ability to write several plays in a relatively short period of time and to switch from historical to comedic genres practically overnight. Do you think his suspicions were well founded? Can you think of authors or playwrights other than Shakespeare that made such radical and sudden shifts, then switched back and forth?

10. What do you think of all the Judaic allusions and allegories in A Midsummer Night's Dream? Is it plausible that Shakespeare wrote them. If so, how could he have acquired such knowledge?

11. Emilia wants to be recognized for her work and fears being uncovered as a Jew. Yet, she embeds clues in her scripts, especially A Midsummer Night's Dream, that suggest the author was familiar with ancient Judaic texts. What do you make of this contradiction?

12. When Emilia was feeling desperate or concerned about her status in Elizabethan society, she met with Simon Forman. What do you make of their relationship? Why do you think she sought his counsel when she claimed she did not believe in astrology or fortune telling?

13. Throughout, Emilia names characters for herself, her father, and other relatives or people she felt close to. And she gives Shylock an Anglicized version of the Hebrew word "shallach," meaning an extremely greedy person. Toward the end, she persuades Shakespeare to name Hamlet's lover Ophilla, a reference to her daughter's name, just as Hamlet was named for his deceased son, Hamnet. Does all of this seem plausible to you or do you think it's just coincidence? Is the pattern real or illusory?

14. Do you think the pattern of the clues in the novel, plus those listed on this website's theClues page,  make a convincing case that Emilia was involved in writing some of Shakespeare's scripts? Why or why not? How does the timeline correspondence of plays set in Italy with the years she spent in Venice bolster the case, if at all?

15. What do you think drew Emilia toward Edward Stafford? Was it more than a common interest in theater? What did she see in him?

16. What combination of events drove Emilia to write Salve Deus Rex Judaeorum(Latin for "Hail, God, King of the Jews")?  Which were most influential?  What do you think was the tipping point?  Why do you think this volume of poetry championing womankind was lost to history--essentially unexamined until the 1970s?

17. In real life, Emilia Bassano Lanyer was the first woman poet and fourth woman overall to be published in England. What does that say about her? Would you characterize her as one of the world's earliest "feminists"--centuries before the term was coined? Why do you think she was virtually unknown until the 1970s?