The question of whether Shakespeare wrote all, some, or none of his famous plays has been raging for centuries. There is even an organization, The Shakespearean Authorship Trust, devoted to exploring this question. Its website includes a long list of candidates who my have authored or co-authored his scripts anonymously—each with their own reasons. The most prominent figures identified by the Trust include:

However, many are convinced the plays were all authored by Shakespeare, perhaps with contributions from members of his theatrical troupe. Others believe one or more of those listed above or someone else composed them. Some believe it was a combination of people which may or may not have included Shakespeare.

Literary scholars who have studied this authorship mystery tend to fall onto three camps, which I have labeled Shakespeare Believers, Skeptics, and Contrarians. Each is described briefly below.

In the course of my research for my novel about Emilia Bassano Lanier and then exploring other ways to dramatize the authorship controversy, I have heard from a number of academics who believe the question has long been settled. Here are two representative comments:

“There is no real scholarly debate over the fact that a historical person named William Shakespeare existed and that he wrote the plays attributed to him, sometimes in collaboration with other playwrights and always in coordination with an acting company. There is a mass of documentary evidence and no compelling reason to doubt it.”  --Bradley D. Ryner, Associate Professor, Department of English, Arizona State University

“We know who wrote Shakespeare's works: Shakespeare—in collaboration with the members of his company. It's not a mystery. It's been picked over pretty completely.”  --Jared Sakren, Producing Artistic Director, Southwest Shakespeare Company

These experts, who have taught Shakespeare at the university level, firmly believe that Shakespeare was the driving creative force behind his plays and had help composing the scripts by actors in his company. Their positions are representative of many in academia.

Yet, there are reasons to question their assertions. Certain facts seem difficult to explain away as delineated here:

There is no evidence Shakespeare traveled outside of England, yet over half of his plays are set in foreign locations.

Many of Shakespeare’s plays demonstrate detailed knowledge of court life, falconry, music, and ancient Jewish texts, yet no one can explain where or how he acquired such knowledge.

Shakespeare had no known musical education, did not play an instrument, and had no close associations with musicians; yet his plays contain nearly two thousand musical references—some that could only have been written by someone well versed in music.

Shakespeare lived in a very male-dominated society, yet he features many strong female characters.

Many Shakespearean verses have a distinct feminine style and employ feminine imagery, which was unusual for his time.

Phrases in Vèneto-influenced Ladino, the inside language of Sephardic Italian Jewry, appear in one play and English translations of lines from Dante’s Divine Comedy, written in Italian, are in others. But there is no evidence Shakespeare wrote or spoke Ladino or Italian, and Dante’s works were not translated into English until 1814—two hundred years after Shakespeare died.

There are curious linguistic structures to Shakespeare’s prose and verse, suggesting fluency in romance languages. Why would Shakespeare, a man with an ordinary background, write in such an extraordinary way?

The unanswered question: Did any members of Shakespeare’s companies have such knowledge, expertise, or predispositions? We do know that Shakespeare did not attend school after age 14, came from a working class family, and married an illiterate woman, Anne Hathaway. What could possibly have prepared him to write such masterworks?

I was a member of this camp until I began research on Emilia Bassano Lanier for the novel Shakespeare’s Conspirator, which turned me into a contrarian.

Here’s what Mark Rylance, a trustee of The Shakespearean Authorship Trust writes on its website:

"The majority of people agree that it was the actor from Stratford who wrote the plays and poems attributed to Shakespeare. But also, the majority of people have not looked very closely into the history. For many years, some people have doubted, from what we know of the actor's life, that he would have been able to write the plays and poems, and may therefore have served as a 'front' for a hidden author, or collaborated more extensively than we imagine. Suggestions of other authors and doubt actually begins during Shakespeare's life. Today, exactly how the plays were crafted is by no means agreed and whoever you believe wrote the plays, the authorship enquiry yields much provocative research into their craft and meaning."

If you’d like a different slant on the issue, I, along with Mark Rylance, recommend watching the YouTube video by Keir Cutler of The Shakespeare Authorship Coalition and reading the “Declaration of Reasonable Doubt,” which you can find at DoubtAboutWill.org.

Perhaps nobody has done more research and thinking about alternative Shakespearean playwrights than John Hudson, Artistic Director of The Dark Lady Players. He has written numerous articles on the topic and a well-researched nonfiction book, Shakespeare's Dark Lady: Amelia Bassano Lanier: The woman behind Shakespeare's plays? As a scholar, he has an M.A. in Shakespeare and Theater, Shakespeare Institute, University of Birmingham. A 15-minute video summation of his conviction that Shakespeare could not have written all of his plays can be found at Who Wrote Shakespeare? - The Dark Lady Discovery. His “New Shakespeare Theory” article in The Oxfordian also details the essence of his compelling case. His key points include:

Hudson is not alone. Many have raised questions about Shakespeare’s authorship.

Mark Anderson, author of Shakespeare by Another Name (the basis of the 2011 movie Anonymous), advances the idea that Edward DeVere composed them as did J. Thomas Looney, in the 1920s. They believe that DeVere, using the pseudonym William Shakespeare, wrote many of The Bard’s scripts. Looney’s book, Shakespeare Identified in Edward de Vere, 17th Earl of Oxford, describes parallels between DeVere’s life and Shakespeare’s plays. His hypotheses became known as the Oxfordian Theory and has strong adherents. It focuses on DeVere’s personal knowledge of the aristocratic classes, his suitable education, and similarities between his poetry and work attributed to Shakespeare. Nonetheless, many academics have vigorously have rejected it for multiple reasons. Among them are that DeVere died in 1604 and twelve Shakespearean plays were written after that date.

Anderson also points out that there was little in Shakespeare’s background that would prepare him to write such monumental works. He was the son of a leather worker. There is no record of him studying the many subjects his plays cover or Greek, Italian, Spanish and French, which the playwright was well acquainted or fluent in.

Nor was Shakespeare steeped in the protocols of the royal court, the sciences, military affairs, and legal matters. There is also no evidence he possessed in-depth knowledge of history, geography and foreign lands—all of which are contained in various plays.

Emilia Bassano and Edward DeVere are but two examples and cases have been made for all of the others listed earlier in this blog—some stronger than others. I’ll write more about them in future posts.

In my mind, these points are compelling and the question of the authorship of Shakespeare’s plays is an open one that should be the subject of incisive research and vigorous debate. Nobody knows for sure who wrote, over a course of 23 years, the 37 scripts attributed to Shakespeare. No modern playwright or novelist (without a writing and research staff) is as prolific, even with all the advantages of the Internet and modern writing technology.

May the debate ensue.

Comments and perspectives on all sides of this issue are welcome in this space. Submit them on the Comments page. Guest blog posts are also welcome. Click here to propose or submit one, A healthy debate can shed a lot of light and give us all food for thought. I’ll also be adding my own insights in future posts. 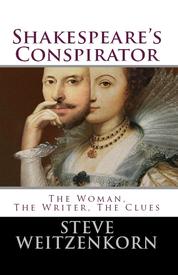 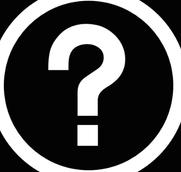 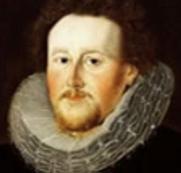 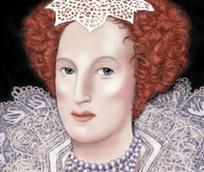 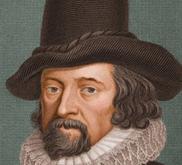 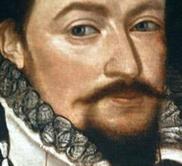 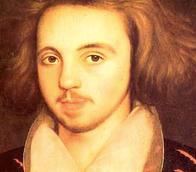 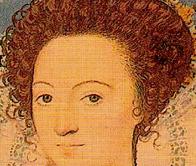 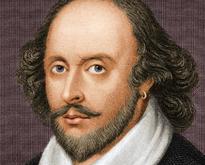