Dr. Peter Matthews, who has extensively researched the Bassano family and claims to have “forensically analyzed” Shakespeare’s plays, believes is it almost certain that Emilia wrote many of them. (His books and articles are listed on the Bibliography page.) Matthews theorizes, based on information he has uncovered and by making connections between various discoveries, that the Bassanos may have been black Hebrews. He suggests that they may be descended from the “blackish” Shulamite. (Shunem was a biblical village where the Philistines settled prior to fighting the Israelite King Saul, whose army was led by David. Egyptian pharaohs also conquered the village. Today it is called Salum. It’s in northern Israel, not far from Nazareth.)

While Bassano ancestors (but not with that surname) may have lived in Shunem, at some point the family migrated to Morocco and lived there for perhaps centuries. They may have intermarried with Africans and become part of the Berber Jewish community. Berber Jews had both light and dark complexions. Emilia's forebears (including her grandfather) moved to Spain in the 1300s, then to the Venetian Republic during the Spanish Inquisition around 1492. Between 1531 and 1539, several of her uncles and her father emigrated to England. In Venice and England, they may have been called Blackamoors, a disparaging term for black Muslims. This was a misnomer. Although their ancestry could be traced back to Morocco and they were darker-skinned than the native population, they were not Muslim.

In 1584, Emilia’s first cousin, Arthur (Arturo) Bassano was arrested for a misdemeanor on Creechurch Lane in London near a secret synagogue. In 1585, Arthur’s brother, Mark Anthony Bassano, was arrested for offensive comments to solders departing for Flanders. In court dispositions, John Spencer, the Sheriff of London, referred to Arthur as “a little black man” and to another Bassano brother as "a tall black man." Matthews does not believe this refers to their skin color, however John Hudson, another Bassano researcher and scholar, believes it does. Matthews postulates that the Bassanos were instead “tanned Hebrews”. The only agreement seems to be that they were some shade of light brown.

Emilia’s mother, thought to be Margaret Johnson, was a Caucasian Englishwoman.

Supplementing the research and pattern of circumstantial evidence offered on this website and discussed elsewhere (as in the publications cited on the Bibliography page), are indirect hints and clues that Emilia Bassano or another person of color penned many of the plays attributed to Shakespeare. No other Elizabethan-era playwright portrayed as many dark-skinned characters, some clearly of African descent; although the plays credited to Shakespeare were not the first. The first, and only one I’ve identified, was The Battle of Alcazar written a few years earlier (prior to 1591) by George Peel. The play is set in Morocco and depicts black Moroccans in dramatic roles, including leadership positions.

None of the Shakespearean plays are set in Morocco, but several include well-developed Moorish characters and other people of color in key roles. Interestingly, none of them are slaves. This is remarkable since the English of the time, in general, viewed blacks unfavorably and possessed condescending attitudes toward them. Although British ships were engaged in the slave trade and began bringing slaves to England in 1555, Africans who settled in England after 1569 were treated as free, even if former slaves elsewhere.

What would incline Shakespeare, who had a limited education and was from a small town (where he had probably never met any people of color) to populate several of his plays with Africans in prominent roles?  There is nothing in his background or known adult experience to suggest he would be so inclined, or even that he had an awareness of their lives so he could portray them.

Emilia, whose ancestry traces back to Morocco, was probably a descendent of Berber Jews and would be naturally predisposed to depict Moors and other dark-skinned people in important capacities, especially in ways that defied stereotypes. She could draw on her own life experience. A white English playwright would be far less able to do so. 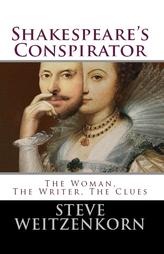 Of the six Shakespearean plays with characters of color, four of them portray Moors, which seems more than a coincidence given Emilia’s family history:

Othello
Othello, a Moorish military leader, referred to as a Blackamoor

The Merchant of Venice
Prince of Morocco

Antony and Cleopatra
The play includes several Moors. Cleopatra is described as “tawny”.

Two other plays include women of color:

The Taming of the Shrew
Kate (Katherine) the Shrew is described as dark-skinned, perhaps like Emilia saw herself. Below are the revealing lines:

"Kate like the hazel-twig
Is straight and slender and as brown in hue
As hazel nuts and sweeter than the kernels."

Love’s Labour Lost
A character's lover is described as:

"black as ebony" and "she born to make black fair". 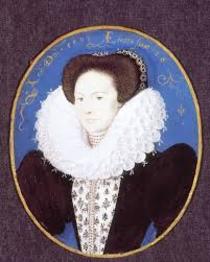 Another curious facet, and somewhat of a side note, is that one of the most frequently played musical pieces accompanying performances of Shakespeare’s plays was “King Cophetua and the Beggar Maid”. It's a ballad about an African king and his love for the beggar Penelophon. Of all the music that could have been chosen, why this one? Many English and European compositions could have been selected and they likely would be music far more familiar to Shakespeare and English musicians. So how did “King Cophetua and the Beggar Maid” get into the mix?

Back to the central question: Was Emilia Bassano Lanier dark-skinned in comparison to the light-skinned English? There is general agreement that she was. How dark and how she actually saw herself is an open question. Was she biracial? Taken as a whole, this constellation of facts, research, and script clues (in the form of major dark-skinned characters in the plays) strongly suggests that she was.

Since there are no verified paintings or images of Emilia Bassano,  nobody knows with certainty what she looked like.  The image most often thought to be her is a cameo by Nicholas Hilliard in the Victoria & Albert Museum in London, displayed nearby.

Until the 1970s, this portrait was thought to be of an unknown woman or possibly Mary Sidney, Countess of Pembroke. George Bernard Shaw believed it could be Mary Fitton, a maid of honor to Queen Elizabeth I. Some speculate that Mary Fitton was the “Dark Lady” referred to in Shakespeare’s sonnets. Other scholars contend Emilia Bassano was the “Dark Lady.”

The woman in the miniature could also be Luce Morgan, the "Abbess of Clerkenwell" who was considered a “black prostitute”. Still others believe it is a picture of Marie Mountjoy, with whom Shakespeare had an affair while living with her and her husband, Christopher.

All we actually know is that Emilia Bassano was one of a number of  women who may have posed for it. 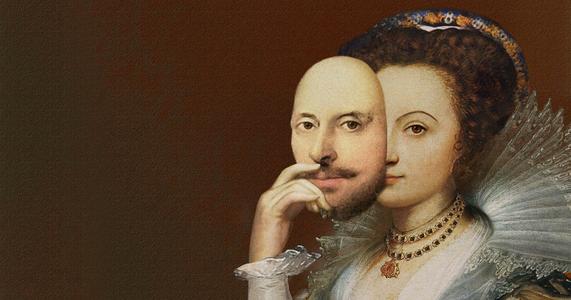 Emilia Bassano’s ancestors emigrated from Morocco in Northern Africa.  (See the Jewish Lineage page for the emigration history.) Morocco is now and was then a multi-ethnic and multi-racial country. That fact alone does not shed sufficient light on the question of whether Emilia Bassano was a woman of color. However, by combining that fact with many others a pattern emerges pointing in that direction. She was probably biracial with light brown skin. Facially, she may have resembled the portraits on this page. Some scholars believe one or both may be of her while others think they may be paintings of someone else. Based on various clues and deductions, Emilia probably had a darker complexion and hair that was nearly black. 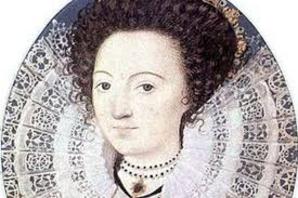 A WOMAN OF COLOR OF NORTH AFRICAN DESCENT

Is this Emilia Bassano, Mary Sidney, Mary Fetton, Luce Morgan, Marie Mountjoy or someone else?